Having a two-year-old, I've gotten used to tantrums but it still amazes me to see how some parents deal with them. I'm no saint. I yell, give time outs and sometimes all together lose my mind, but the one thing I try never to do is reason with someone who can't even wipe their own butt. When I see moms in crowded malls and restaurants having "discussions" with their toddlers, as though they are capable of grasping right and wrong, it makes me laugh. I have almost never seen a kid calm down after one of these talks. (I say almost because with motherhood there is an exception to every rule.)

Here's what I saw at the mall just last week:

Crazy Mom: "Now Timmy you know it hurts mommy's feeling when you hit her."

Obnoxious Timmy: Screams and throws himself on the floor.


Crazy Mom: "Now lets try to calm down and mommy will buy you some ice cream."

The two then march off to the food court to reward the inappropriate behavior.

In my mind I quickly shot back to my childhood and how my mother would have responded to her kids in this situation. I can promise you even at the age of two we would ne 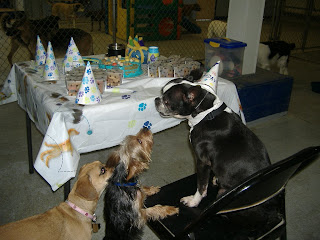 ver try to hit my mom and if we did you can be sure it never ended with ice cream.

These new age moms are trying so hard to shape and mold their kids with kind and calm words that they're forgetting that there are consequences for poor choices. They also seem to be forgetting that they are kids. Looking back now I imagine these are the same crazy people that at one time or another threw birthday parties for their dogs. Again, they're dogs, not rational adult people!

I would like to leave with a final thought, much like Jerry Springer would. A dog won't remember his 3rd birthday any more than a one-year-old will remember that hitting "hurts mommy's feelings." And to reward a child for acting out, well, that's like giving a dog that bit you a treat. It doesn't make sense mommies!