The ability to do something that frightens one.

Strength in the face of pain or grief.

Every day we wake up, take a deep breath and greet the morning. Sometimes it's easy and other times we'd all rather pull the covers up a little higher and ignore the world right outside the bedroom door.  With each new day, new obstacles in life arise and often they try to bring us down. It may be friends or family. Perhaps your boss is a dick and there's a deadline to be met that seems impossible. Or maybe it just seems as though, today, life itself, is out to get you.

Whatever the case, it's what we do in these challenging times that makes the difference. Sure, you could give up, pull the covers over your chin and hope your challenges get bored with you and move on to terrorized someone new. Some of us might even embrace the negativity, feed into it and allow it to grow and consume us. But, there are a few who face their troubles head on, fight the good fight, and walk away, a little scarred, but educated and better for the experience.

It can be a tough choice, trying to decide what path to take. Especially when it's so easy to give in to our problems and fears. Realistically, we know that the things that are troubling us are not going to magically go away. Contrary to popular belief, "things" do not just work themselves out. No, people work them out. Whether you're lucky enough to have someone who will do it for you is a completely different story, but trust me someones got to do it. So why not it be you? Are you scared? Good! Are you worried? You should be! Can you without a doubt find a way through it? Well that my friends, depends on who you are...

In this world there are two kinds of people- Victims and Survivors. You see, it's very easy to allow yourself to be a victim of your circumstances. To take a beating and never fight back. Absorbing blow after blow, while that little voice inside your head screams that you don't have what it takes to change a thing. And when it all seem too much, the victim gives in, allowing the negativity to turn into a haunting monster. Unwilling to run or change, the victim is left to be tortured. They wake up every morning, pull the covers up as high as they can go, and listen to the monster fill them with feelings of worthlessness, unwantedness, and dread. They do absolutely nothing to help themselves. They wait. They want. They suffer. And in the end, nothing ever changes.


Now, the Survivor on the other hand, has suffered his fair share too. Like the victim, he's been beaten down and tormented. He's been made to fell worthless, unwanted, unloved and disregarded. The Survivor's been to hell and back with that same monster of negativity, yet managed to change the game at some point, by finding the courage to fight back. They silenced that voice that said they were not good enough, by believing there was more to life than being miserable. It may not have happened over night, but the Survivor found a way to rebound, to start fresh and grab a new outlook on life and themselves. They saw the life they wanted and clawed through the bullshit, at all cost, to get there. Survivors were once Victims who decided life was too short to spend another miserable day hiding in fear while waiting for a savior. Instead the Survivor found courage and by doing so, became their own Hero. They created the change they so desperately needed and deserved.


So, the next time you're faced with a struggle- what's it going to be? Are you going to fight against the current or let it drag you under? I can't promise the fight wont be long, but I can tell you it's worth it and so are you. 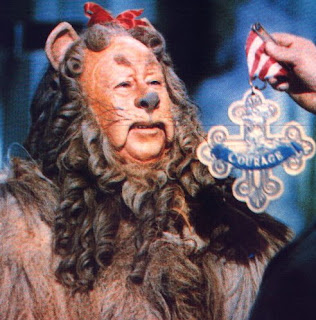