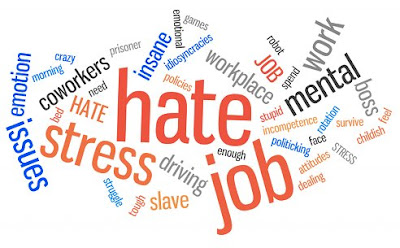 Hello world...I know it's been a while but I'm back for a short moment and I would love nothing more than to catch you up on the Mouthy Mommy's misadventures. The problem is that my brain is so over crowded with work stress that I can't manage to get one coherent thought that isn't related to healthcare. So I decided to fill you in on one of my favorite work moments. I know. I know. It's your lucky day!

I would like to start my story like a shit cupcake. I'll start with the bad(the frosting if you will) and end on the high (a little devils food cake)... Also, is anyone else loving the term "shit cupcake" as much as I am? It's genius! But I digress...


A few months ago I was FIRED from the company I worked with for roughly a year and three months. Was I upset? Sort of. Was I scared about having to start over? Kind of. Was I surprised ? Not even a little bit. You see, the problem with being a Mouthy Mommy( Or Mouthy Account Executive in my case) is that you tend to fly right in the radar zone. And it turns out that Corporate America would very much appreciate you keeping your trap shut and your opinions to yourself. I guess if you're a mindless sheep or a complete dip shit this is a suiting environment. If you're a mouthy opinionated bitch...Not so much.

So, like so many, many, many times in my life, I was called into my bosses office and asked to turn in my badge. Only this time instead of crying and begging for my job, I felt a strange sense of relief and pride. In part because I manged to be a lady and not tell a single person in the office to go fuck themselves on my way out the door, but also because I needed a reason to leave that miserable place and there is no way I would have left on my own. After all, I have a serious shopping habit to support! As well as a kid and a husband...

For three unemployed weeks I reflected on where I went wrong. Why was I so miserable there and why did they let me go? Well, the misery part was easy. I just didn't enjoy working for people who expect you to fail and give you all the tools to do so gloriously. If you force me to do things "your way" and then blame me for not being successful, you really are just the worst type of asshole and I will be sure to tell you so. And there my friends is the "why" part. I think I sealed my fate the day I called my boss Hitler during an argument and then topped it off by stating that the CEO has a Messiah complex that requires more Kool Aide drinking than a Jim Jones movement. I may have also suggested that we start sacrificing a goat Monday mornings to a statue made in the likeness of said CEO all in the hopes that his mightiness would be pleased and keep me and the rest of the bottom feeders employed a bit longer. Needless to say, my manager was not amused and it was exactly 4 days later that I received the boot.

I hear when people are laid off there's a small bereavement period. A time where you cry and morn the loss of your weekly pay check. I gave myself exactly five minutes to feel sorry and sad and not a minute more. I knew that I would find something new and I knew that from that point on I was no longer going to settle for being miserable at the hands of those I work for. In the words of a good friend and colleague of mine "healthcare is a motherfucker of an industry". It is a soul crushing, constantly changing monster filled with pressure and failure. One month you're on top and the next you're on the chopping block all while you pound the pavement in 6 inch heels, knocking on doors in the hot Florida sun. Doors that have already been entered by 352 of your competitors who have not only been doing it longer than you, but who also buy better lunches and give away nicer pens. I guess the same could be said about anyone in sales, but for someone like myself who sells a healthcare "concept" instead of a tangible product, I cant help but think that selling vacuum cleaners door to door would be a cake walk.

Now to wrap things up quickly, here my friends is my happy ending...
I now work for people I love. I've been here a few months and yes, I still struggle to meet my goals. This "motherfucker" of an industry has chewed me up and spit me out. I am working my ass off everyday without reaping the rewards I feel that I should. Today my 352 competitors kicked my ass and I did not receive as much as one new referral. As disheartening as that is, tomorrow I will get up, strap on my 6 inch heels and pound the pavement in the hot Florida sun. I will be told "NO" far more times than yes and I will take it all in with a smile. Then God willing, I will wake up the next morning and do it all again. Why? Because I love who I work for and I know that they care about me. It's cliche' I know, but I promise it is a fact, that when you work for people who build you up, it makes it a hell of a lot harder for the industry to tear you down. That said, I'm also not an idiot...If anyone's interested my resume can be found on Monster.com :)
Mutterings by Jennie Nadler Milechman at 10:09 AM 11 comments:

I know it's been a while and at this point you've all probably forgotten that the Mouthy Mommy ever existed. I want all of you to know, that it's not because I have nothing left to say- because believe me I have lots- it's just that I've literally have had no time to myself to sit and write. This working mom thing is turning out to be a giant pain in the ass and my "me" time is long over due. So, that said, I've managed to carve out some time (I'm sitting in my empty laundry room with the door locked) and give you all a taste of the Mouthy Working Mommy's chaos.

If you don't know I am currently working for a Medicare service provider while juggling motherhood, domestics and most recently, home ownership. I've managed to make peace with the fact the the world of Medicare has an uncertain future and that my kid is growing up to be a know it all asshole but, the home owner thing has thrown me for a loop.

It seems that everything you want to do in your new home requires some sort of 12 step program and an ass load of cash. And if that's not enough to drive this type A budgeter over the edge my husband has decided to put in some "sweat equity". Now a normal woman married to normal handy man may not be alarmed by an offer to paint a bedroom or slap on some crown molding but, unless my husband started taking some night classes I don't know about and attained his general contractor license there is NO FUCKING WAY I would ever be comfortable with him wielding a paint brush or something as sharp a a mitre saw. He also has zero concept of what things cost. Here's a perfect example:

Him: We need new carpet in the master bedroom. It should only be about $200. I'll go to Home Depot and get a quote.

Me: Are you sure? That sounds really cheap. Maybe we should just use the extra carpet and have them patch the bad spot.

Him: I'll see what they say, but it going to be cheaper to replace it. I'll call you in a few after I talk to Home Depot.

Him: OK. I found a carpet place called "Rape your wallet extravagant carpets and more" and they said we need grade A+++ carpet and it will cost $900.

ME: Wait, what happened to home depot and $200? And why exactly would you shop at a place with a name that screams rip off? Please just get a quote from a normal place to patch the goddamn carpet!

Him: STOP CONDESCENDING TO ME! I know what I'm doing. The guy is coming tomorrow to give me a better estimate. I'm pretty sure he had his math wrong.

Me: So we are going to hire someone to do work in our home that lacks third grade math skills?

I wish I could say that this was the only time in the last few weeks he's yeld at me for being condescending bitch, but sadly this has become a daily ritual and truthfully it's all my dads fault. I grew up in a home where I had a father bright enough to know his limitations when it came to handy work. For example, dad could change a light bulb, pressure wash the driveway and install a night light but, anything beyond that was handed to a well researched and priced professional. I grew up believing that this was how it worked. When I saw men fixing things in their own homes I would think to myself, Your wife's going to be sooo angry when she comes home to a giant fucked up mess? Why? Because that's what I was raised to believe. How does that poem go? Children learn what they live. If a child lives with a dad who hates manual labor, she will learn to hire a handy man. Now ask yourself, "With what is my child living?"

Apparently my hubby comes from a long line of do it yourselfer's. I've never seen them do anything themselves, but he assures me they do and that he too has inherited part of that genetic code...As usual I have to call "BULLSHIT" and also a licensed contractor.
Mutterings by Jennie Nadler Milechman at 6:05 PM No comments: