Three Is The Magic Number

Ugh! I am so sick of hearing people lecture me about having another baby. My family, my friends, even random people in the grocery store are insisting that torture myself- yet one more time- with the nightmare that is procreating. I don't know where it is written that you must have more than one child, but I do know that in china it's against the law and if it comes down to it-sianara suckers!

For the record, there could be nothing I deem more awful than getting knocked up again at this point in my life. And by "this point in my life" I mean, the point where I'm thin, happy and no longer a slave to a screaming, suicidal money pit (aka my kid). Not that I would trade him for anything. He really is terrific for a three year old and I must say that his love of swearing and fighting warms the center in my chest where- I'm guessing- my heart should be.

But honestly, it's not just my freedom and waistline that have me locking that second baby drawer tightly. I turns out that I am one of the few sane people who think that pregnancy is more awful than AIDS. Okay, maybe that analogy was in bad taste, but I promise you, it's at least as bad as Leprosy. Think about it- swelling, puking, weight gain, urinary incontinence, uncontrollable flatulence, shortness of breath, skin blemishes, constipation and then of course, the grand finally of distroying your vagina in front of a room full of people. (There's more crappy things, but I started having my equivalent to a Nam flash back and had to wrap it up.) To me those are all symptoms that should end in death, not the spawning of a "bundle of joy". So tell me, who in their right mind would willingly sign up for that? And do it twice? For this gal, there's just no fucking way.

I realize how selfish this all sounds, and sometimes I worry that my son may be missing out by not having a sibling. Especially when I catch him speaking to himself, while playing solo. But then I stop and think about how he will never have to share his toys, his parents love or a sibling ass whooping. He'll also reap the financial benefits, which may not seem like a big deal now, but it will when he wants us to buy him a car for his 16th birthday or if- fingers crossed- he goes to college and needs us to help him pay for it.

So, those are my non-selfish reasons. Do they top the chart of why this family of three will never expand from a fork to a tree?(nice play on words, right?) Of course not! Those are just the reasons I give to my in-laws when they start bugging me about giving my monster a baby brother. For me it's the selfish reasons that have me running for the morning after pill anytime my husband so much as rolls to close to me at night when we're in bed.

The bottom line is, it took having a kid to realize I really don't like them. And how much does it suck that most of us that feel this way have to bullshit people into believing that we do like them? All because we're told "good moms" love kids. When the truth is that most moms only love THEIR kid. Do you honestly believe that after you leave one of those obnoxious kid parties that the booger monsters mother starts developing postpartum because all the little nightmares went home?.. Nope! But I would bet you money that she sat down with her husband, or boyfriend, or girlfriend and talked about what a shit head your kid is and how she would jump off a 5 story building before signing up to parent him/her. For some of you that may be hard to hear but trust me at one time or another your kid was that shit head. Don't take it personally, my kid was one last weekend and it pretty much put the cherry on the top of my "no more babies" cake.

In closing I would like to leave you with some wisdom...We are genetically programed to love our young and as my mother would say to my sisters and me, "I have to love you, I don't have to like you." So at least for right now I love my kid and like him too (most of the time). I would hate to chance it and have another one that may or may not turn out to be a chronic shit head. If you want to risk it go right ahead, but me- I'm praying for early menopause. 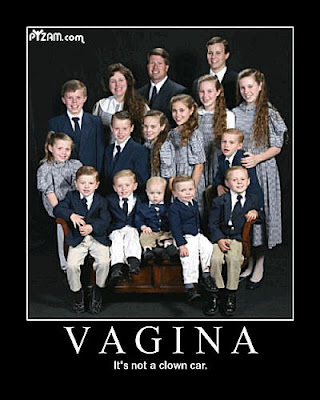 Mutterings by Jennie Nadler Milechman at 8:45 AM 2 comments: