The Shot, The Fall and The Overflow.

"The best thing you have going for you is your willingness to humiliate yourself."- Simon Bishop, As Good As It Gets 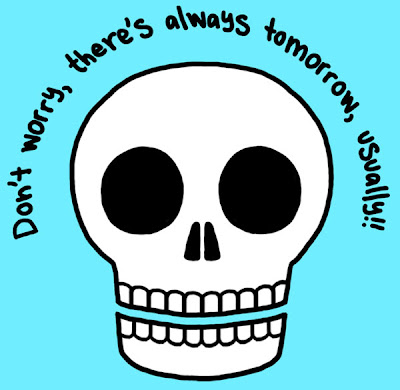 This has been a week of drama for me. Not like "Oh, Lordy. He's sleeping with my dead momma drama", but drama as only I can create it. For those of you who don't know me personally, I would like to give you a few fun facts about the Mouthy Mommy before I get on with my story. A) The Mouthy Mommy has a long list of things that petrify her. On the top of this list are doctors and shots (because I always think I'm dieing and I don't want confirmation) B) The Mouthy Mommy is about as graceful as a drunk water buffalo loose in a china shop, and C) The Mouthy Mommy sometimes like to refer to herself in third person because it sounds better when read aloud. Now on to my humiliation.


I started this week strong by bringing in 3 patients in two days. I was riding high on my accomplishment and thanking my lucky stars- that for at least this week- I had given myself job security. Nothing could get me down, except for what was waiting for me in my boss's office Tuesday afternoon.

At around 1pm I casually pirouetted into her office. She quickly acknowledged me and asked if I would take a seat because my general gitteryness- especially when standing- makes her nervous. Still twitching with pride, I followed her command and waited to be showered with atta-boy's. The praise was great and the cherry on top was that she asked me to sign up for a program that would allow me entry into the many glorious hospitals of Broward county. I would be like a Home Health Rep VIP. I was beyond stoked about this opportunity (because I am a huge dork), and quickly agreed to front the $150 annual fee and sign up for the program ASAP. It was only seconds after I submitted my credit card info that things got crazy...

Boss Lady- It says you need a physical and a tuberculosis test. Did you have chicken pox? Because you'll need proof or a vaccine too.

Me- What!?! I was told I didn't need those things to work here. I explained to HR that if I did I would not take the job.

Boss Lady- You don't need them here. You need them to go into the hospital. I'll have one of the nurses do the TB test in the office and you can get the physical next week.

Me- I'm not kidding. I wouldn't have taken this job.

Boss Lady- Stop being a baby. It's a tiny needle. It will take all of two seconds. Stop crying and I'll give you some candy.

Now, my little Mouthinites don't be alarmed. I didn't really quit. I may have tried to run once, while crying and whining for my mommy, but I kept my employment and got the damn TB test. Though that part may seem like it was what caused my humiliation it wasn't the worst of it. The worst was listening to my boss give the highlights of our meeting to my regional manager and co-workers at a dinner later that night. Now everyone knows what a giant baby I am. Do you know how hard it's going to be to rebuild my hardassness when a 1/4 inch needle sends me hiding under a desk like I'm having a Nam flash back? It's pitiful, I know. I guess I'll have to get creative. Though I would really hate to have to shiv a Gomer to get my street cred back.

Wednesday was a better day. I got up. Checked my injection site-which was not raised or red- and thanked God for not torturing me further with Tuberculosis. After I marked TB off the list of things that may be killing me I went about my day harassing Doctors and their staff. It was at my last stop of the day when things -yet again- got ugly.

I had just finished speaking with a doc and was saying goodbye to the front desk gals through the little glass window in the lobby. I gave my closing line of "See you next week!" and turned to walk away like I'd done many times before. Then I pivoted quickly and began my walk to the door. I think I was maybe three steps in when my heel got caught in the weave of the carpet. At that point I had not fully made the connection that I was beginning a decent to the ground below, but unfortunately for me, one of the Gomers waiting in the lobby did. In an act of kindness, he tried to catch me before the fall got out of hand, but because I am apparently made of lead- failed miserably. Turns out that instead of helping me, said Gomer catapulted me into a small row of chairs and -since I have always felt it is best not to go down alone- I took three of them with me to the floor.

Miraculously the only thing injured in the tumble was my ego, but I was feeling a little down after all this drama and decided that the best thing to do was call my dad a whine like the clumsy baby I am. I was sure he would show me a little sympathy. He is my father for Christ sake! But instead of the "Hallmark" father-daughter moment, I got this:

Dad speaking to me while laughing uncontrollably-
"Awe, that's not so bad! Remember that time you worked in that doctors office and you took a shit a clogged the toilet so bad it overflowed and soaked the entire office, ruining the guys brand new carpeting? Every time I think of how angry that asshole got I die laughing. Didn't you quit after that?..(10 seconds of more uncontrollable laughter) Now don't you feel better?

Me- UGH! No, I had almost forgotten that one.

Dad- "You fell Jennie! Trust me, it's not half as bad as shitting on someones rug."

And you know what folks...As much as I hate to say this, he's right. I know from experience.
Mutterings by Jennie Nadler Milechman at 7:00 AM