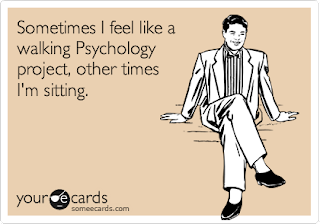 I normally don't get up here and actually mommy blog, but last night my five-year-old said something to me that really got me thinking and I just had to share it. I really think that sometimes we don't give kids enough credit and if we take a moment and listen they can teach us things about ourselves and life that we never expected. I could also be completely full of shit. Either way, you decide.

I was the kind of child who was petrified of most things. The dark was always a big issue (still is) and I always feared there was something in the closet (besides a giant mess). I realize that a lot of children have these fears. In fact, most kids when they crawl into bed at night will ask you to close the closet doors so that the "monsters" wont try to get them. Last night as I put my five year old to bed he calmly asked if I would open the closet doors. When I asked him why, he said that if the doors were closed he wouldn't be able to tell if there were monsters inside. He likes them open so that he can keep an eye on the thing that scares him. A thing that at times he is certain does not exist. I couldn't help but think of what a great metaphor this is for so many of us. Wouldn't most of us choose to have those doors shut in order to keep that "monster" locked away and hidden? After all, monsters are scary. Who really wants to face it?

As I walked to my room later that night, I thought hard about all the closet doors I leave shut so that I don't have to deal with the "monster" inside. As someone whose idea of coping involves avoidance and denial, it never occurred to me to actually keep an eye on the space where the scary stuff can hide.  But I realize now that my kid is 100% right. When you can keep an eye on the thing that scares you the most, it make it a hell of a lot easier to decided weather to run or face it. Or maybe I'll find out I'm being completely ridiculous and there was nothing in that closet to be scared of to begin with.

Hmm... Who knew that bed time could be so eye opening?

I know it's not like me to get all mushy and brag about my kid, but I have to admit that I am in complete awe of my son and thankful for the perspective he was able to give me at 8:30 on a random Wednesday night. That said, he didn't work alone...If you're wondering, I'm also thankful for the Prozac.